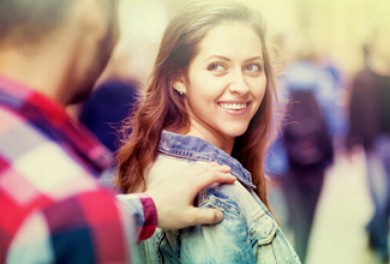 Are you one of the many guys who underestimates the importance of casual touch in seduction?

It’s a fact – most guys simply do not understand how casual touch and seduction go hand in hand. And that not using casual touch – a lot – is the biggest single reason why so many guys fail when it comes to taking a relationship with a new girl from friends to lovers.

Why Does Casual Touching Matter?

Casual touch – a pat on the shoulder; a tap to the arm – seems like an insignificant act; but it is one of the most powerful seduction techniques that you can use connect with girls for sex or relationships.

When you first meet a new woman there is a “gap” – a separation between you that exists on both a physical and a psychological (and emotional) level – this is a very real divide that has to be closed in order for a relationship to form.

The psychological divide tends to take care of itself – as you talk to each other you begin to build rapport; you develop some common feelings; a level of comfort begins to form.

But that is only on the psychological level; if you want a physical relationship then you also have to find a way to close that divide that exists on a physical level; and the art of casual contact is the best way to do that.

However, don’t assume that casual touch only happens on a physical level. The sensation of touch also engages her senses. If you make her smile or laugh, be sure to touch her as she does. That might cause her to associate your touch with the pleasant emotions she was feeling at the moment.

Using casual contact is almost an extension of your spoken words – it’s like you are talking with your hands. You give a quick pat on the arm or a tap to the back of her hand as if you are simply accenting something that you have just said. This serves to get her comfortable with your touch. It also put you into her “personal space” so that when the time comes to touch in a more intimate way; the comfort level is already there and your advances don’t feel like an intrusion or a violation of her personal zone.

Failure to do this is what causes a lot of guys to end up in “The Friend Zone” – they’ve met a woman; they have a 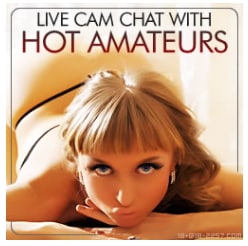 great rapport and enjoy each other’s company; but that’s all that ever comes of it. Nothing was ever done from the very beginning to close the physical gap the way the emotional divide was bridged through conversation.

Casual touching is just as important to creating an intimately sexual relationship as is meeting someone in the first place. If you don’t touch her and touch her a lot from the very beginning then you might as well just be flirting with someone on the internet because that is about as far as it is ever going to get.

Can You Overuse Casual Touch?

Absolutely, you can – there is a fine balance to strike; using it too much or not making it “casual” enough is as bad or worse as not doing it at all.

Besides just not using it, many guys fail to use it the right way. They try to touch in an intimate way. There will certainly (hopefully) come the time that is right for some sexual escalation, but it’s not in the beginning when you’ve just met. Over doing it, or getting too personal is a great way to put her off and have her looking for a way out of the relationship before it even begins.

In using casual touch you need to be sure to keep it just that – casual. Avoid the urge to stroke or squeeze or let your touch linger. In the beginning, it is all about bridging that physical divide without coming off as being too forward or too familiar, too fast. If you do go too fast too soon you could easily find yourself in “The Creep Zone”; and that is a far worse place than the Friend Zone could ever come close to. If you wind up seeming creepy; you might as well just write her off and move on because there is pretty much no way to escape that or undo that damage.

Putting It All Together

So to sum it all up:

If you’re worried that some women might think you are too forward; don’t be. If they are the type who doesn’t like anyone touching them, you’ll know right away. In that case just take it slow. If after a little while you don’t sense that she is becoming more receptive to your touch just move on. It’s probably a lost cause anyway.

Have you ever noticed how a lot of American women seem to be attracted to foreign men? Part of that of course is just the mystique of another culture. But if you pay attention, you will also notice that a lot of foreign men use the art of frequent, casual touching – it is just a part of their culture. Touching is practically discouraged here in America unless you are already familiar with each other. Now how are you supposed to reach a level of familiarity – and comfort with physical contact – without some physical contact?

Casual contact engages a woman on more than just a physical level. But the primary purpose is to open the door to a physical relationship, by creating a sense of comfort with you being close enough to touch; and then actually touching.

This lays the foundation for a sexual encounter.

Casual touching also stimulates some of the subconscious sexual triggers that all people have and goes a long way toward making an intimate encounter a reality.

Now that you know the importance of casual touch, get out there and use it!