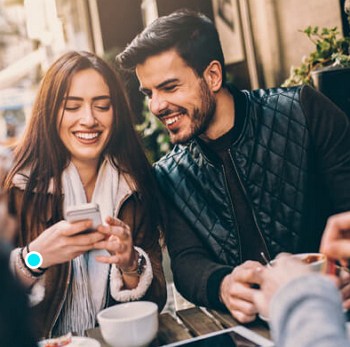 Understanding conversations that hook girls is a key to creating rapport by engaging the interest of a woman you want to attract.

It is well known that when we first meet someone, we are usually “guarded” in our interaction.

That’s as it should be.
We don’t know this person so we don’t open up. We don’t share our feelings.

That process of getting someone to open up is the act of creating rapport.

That is a sense of trust and shared understanding, or a friendly relationship.

Knowing how to overcome that initial hesitancy is critical to establishing, first a friendship on an emotional level, and later a relationship on a physical level.

Understanding how to engage in conversations that hook girls is really a “fast-track” method to moving past the normal and understandable hesitancy and distrust we have when we first meet someone new.

Conversations That Hook Girls – The Basics

So now that we understand what we are up against, how do we approach the problem?

Now there are an untold number of books and such written about “pick up” lines, and conversation starters. Some of them are really good and some are crap. Some rely upon “emotional tricks” – I call them Jedi Mind Tricks. That’s not to say they don’t or won’t work. But why rely upon tricks when you can use proven human psychology to bridge the emotional gap with someone you just met?

The fastest way to get a woman interested in a conversation is through a compliment.
But not every compliment carries the same weight.

Saying, “You have very pretty eyes”, is OK.
However, saying, “I love that blouse, the color really highlights the beauty of your eyes”, is even better.

Firstly, it’s three compliments in one.

Secondly, it is what I call a “high-value compliment” because it doesn’t just focus on a physical trait, it focuses upon a decision that she made (selecting and wearing the blouse), with the result of HER decision being the highlighting of a physical feature that you find attractive.

So it compliments her taste and also her judgement while validating her choices as complimentary to her physical appearance.

So the first step in starting conversations that hook girls is to sincerely compliment some choice that they made which in itself highlights or enhances their physical attractiveness.

Another thing that helps to get “emotional investment” from a woman is to simply get her talking about herself and things that interest her. Especially things that she is passionate about.

More about those feelings in a moment because that matters a lot!

Conversations That Hook Women – It’s All About Her!

“What do you do for a living?”

Asking a woman about her job is an opportunity to get her talking about herself and things that matter in her life. But don’t just ask the question and move on to some other topic – dig down a little.

That will demonstrate a true interest, and get her more invested in the conversation and help with building a sense of emotional attraction.

Drilling down a little shows her that you have a real interest. Also, it gives her a chance to talk more about herself and the things going on in her life.

Now here’s the thing about that:

The more she talks to you and the more she shares with you, the more comfort she is building with you.

A rapport is beginning to form
Establishing this comfort on an emotional, non-physical level is the critical. It is a first step to establishing a physical relationship too – learn more about that by reading here.

Now like I mentioned a moment ago, you really want to engage her feelings and emotions.
Emotions are truly contagious – they can spread just like a virus.

Furthermore, if you get her talking about things that are emotionally positive for her – some of those positive feelings will be transferred to you!

An easy way to do this is by discovering something she truly feels strongly about.

That might be pets or animals, that could be the environment; but whatever it is with this particular girl, getting her onto a subject for which she has strong feelings – and expressing similar strong feelings of your own – can almost instantly create an emotional connection. Shared feelings and sentiments create an instant emotional connection that can move a relationship from lukewarm to scorching hot in the blink of an eye!

So you see, conversations that hook girls really are not hard to initiate.

Start with a sincere compliment that centers first on a choice she made, but which includes her physical appeal; then follow with getting her to open up and share things about herself, and hopefully get her to share information about things that she is very passionate about.