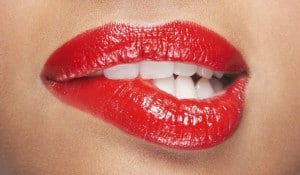 This post is about female sexual motivation and desire; and understanding how your actions can either enhance or ruin that motivation.

If you read very much on this site, you’ll notice that I spend some time talking about matters of psychology and emotion.

This article is another one of those.

But I’m going to spend a little time on female sexual motivation and the things that a lot of guys get wrong. Things that can absolutely kill any desire a woman might be feeling to have sex.

Women like sex and women want sex.
Your task is to “make it okay” for her to give into those desires through sexual escalation.

However, society has a different opinion when it comes to women and sex.
Society dictates that women deny or repress their sexual motivation.

The crux of it is this:

Even though most women want sex as much as most men, something in the social setting has to occur that makes it “O.K.” for them to have sex – such as seduction.

That, of course, brings me to our first psychological principle of the day:

Intrinsic Motivation: An internal motivation to do something out of genuine desire or enjoyment.

Women like and desire sex, thus they are intrinsically motivated to have sex.

And that brings us to our second principle of the psychology of female sexual motivation:

The Over Justification Effect: Compensating or rewarding someone for what they already want to do can dampen their desire to do it.

Basically, when you “bribe” or pay someone to do what they already want to do; it affects the way they feel about doing it. You make them feel that their desired activity is being externally controlled rather than being internally motivated. That can make them resist their own desire – and your efforts – to do that thing.

What do you suppose that might do to the desire?

So let’s consider those two things together for a moment:

If you meet a woman who already seems open to your advances, “wining and dining” her to excess might dampen her desire.

In other words – the traditional thing that guys do might make her feel that you are attempting to manipulate her female sexual motivation and entice her to do what she already wants to do. That might just kill the desire.

Her intrinsic sexual motivation is far stronger than any motivation than you can externally create (extrinsic motivation). It comes from within and without any coercion.

So what to do?

For starters, it depends upon how and where you meet her.

If you’ve just met her in a club or a bar, does she fit some of the criteria for a woman who is open to seduction:

If so, just do what you normally would. Don’t hesitate to buy her a few drinks and engage her in conversation. Start building rapport and start speaking to her emotions. Let her manage her sexual motivation at that point.

Like we’ve seen on other pages here you can usually walk into a club and spot women who are looking to be seduced. In that situation, you have already bypassed the threat of The Over Justification Effect.

But Not Over Justifying Them

The way that you will most often run into The Over Justification Effect is not during a simple approach and pickup.

It comes when actually dating a new woman on that first date or two. Basically, once the relationship has a physical aspect, female sexual motivation has been met. There are no worries in that respect beyond that point. Nice dinners or gifts are not perceived as trying to influence her actions. They are more likely to be seen as a reward for the behavior she has already engaged in.

Now that leaves us with a small issue in that dinner and\or a movie is mainstay of first and second dates.

The solution is to keep it simple:

Spend your time engaging her emotionally and building rapport. Just keep things low key – the last thing you want to do is make her think that you are trying to impress her with gifts or expensive restaurants.

She does want to have sex.
You can be certain of that because the desire is hard wired into her.

The issue is that something or some things have to happen that makes it alright for her. Female sexual motivation mandates that she has justification for sex – but not over justification – so that she doesn’t feel like she is failing her upbringing or her conditioning by society.

You also have to be a guy that she wants to have sex with. You cannot seem needy or appear to have unknown motivations.

If you attempt to “bribe” or entice her, she will sense that as an external attempt to influence her actions. Such perceptions will generally not end between the sheets.

Always approach women with the understanding that they do like and want sex. A lot of guys make the mistake of thinking the opposite.

Society has created the idea that, “nice girls don’t do that”.
They do, of course; we’re just built that way.

Your actions should always reinforce her natural motivation and support the perception that it is OK; not that her desire is for sale that is a key to understanding female sexual motivation.

These girls have all the motivation they need – Click Here!