Friend Zoned- How To Press The Reset Button (Maybe) 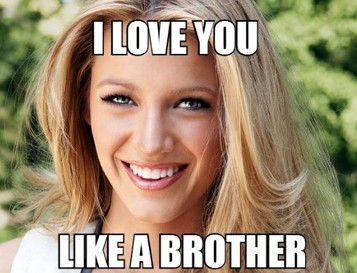 Have you been Friend Zoned?

It is a really frustrating experience for a lot of reasons.
One of those reasons is that most guys who get friend zoned are left questioning these three things:

You’re about to learn the answers to all three questions here and now.

Once you’ve learned how you most likely got friend-zoned to begin with, we’ll move on to what you can do about it. 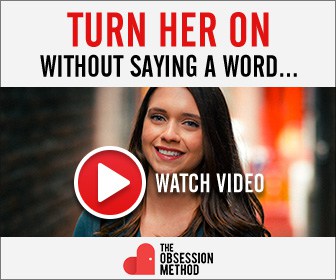 Understanding and acting upon the psychological realities of attraction, arousal and sexual motivation in women will hopefully help you set things right.

It’s no exaggeration that sometimes relationships develop according to expectations that form early on.

That’s called “framing”.
It’s just like putting a painting into a frame.

The frame becomes the context within which the painting is viewed.

Sometimes paintings – and relationships – can benefit from getting a new frame.

And that is what we are going to discuss today, reframing the whole relationship.

What Is The Friend Zone?

In case you don’t know what that is; it’s like this:

You meet a new girl you are attracted to.

She is attracted to you too, obviously. You start seeing a lot of each other. It seems that you are very comfortable with each other and everything seems to be going really well; and then; it happens:

That’s right; nothing happens; nothing physical anyway; and that means that you have officially been Friend Zoned.

Now a guy can get stuck in The Friend Zone for any number of reasons but the single most common reason for it is that you simply did not touch her enough from the very moment you met.

How To Get Friend Zoned – Or Not

When we first meet someone there is a gap between us so to speak; emotionally and physically. As we talk, the emotional gap begins to close but the physical gap remains until you actually connect physically. And repeatedly. It is important from the very beginning that you bridge that physical gap by touching her and doing so often.

This will result in closing that physical gap, and as the attraction grows and the emotional trust and comfort increases; so will the comfort with an all-too natural physical relationship.

Use this technique to keep from being Friend Zoned.

Now don’t go overboard with this advice and try to be all touchy-feely.

That has too much of a creep factor about it, and about the only thing worse than being in the Friend Zone is being in the Creep Zone – there is no getting out of that one.

I’m just talking about an occasional tap to the back of her hand or maybe her arm; just a spontaneous pat or tap during the conversation.

Use your hands like an extension of your words – a casual touch just to emphasize a point.

In American culture, casual touching is fine as long as it doesn’t get out of hand or seem too intimate. But the reality is that a lot of guys just don’t use casual touch very much or very well.

In many other cultures, that is not the case.
Have you ever noticed how a lot of American girls seem really attracted to foreign guys?

Part of that is just due to a guy who seems a little different – exotic, maybe.
But part of it is also due to the fact that many foreign guys do know how to use casual touch.

How To Get Out – Maybe

Now you see how to avoid getting Friend Zoned in the first place. But what if you are wondering how to get out of it should you already be there?

Here’s the short of it:

It can be tricky.
You must give her a reason to completely re-evaluate the relationship.

This is like “pushing the reset button”. It allows you to start over again with the knowledge that you now have.

There are no promises and no guarantees.
If you get friend-zoned there, is the real possibility that you might never get out.

There is also the possibility that the “cure” might be worse than the “disease”.

Right now; you have a friend.
However, you want more than that.

Consequently, you have to decide if going for it might be worth damaging the friendship.

You have to recognize if she’s pulling away from you rather than drawing closer.
If she’s doing that, just let it go and remain her friend.

But if you handle this right, you don’t run that big of a risk; so here we go:

In all likelihood you have paid a lot of attention to this girl; maybe even made her feel special; and this is the key to pushing that reset button and getting another chance at getting out of The Friend Zone.

You focus your attention on her a lot – she expects that.
But today, you are going to yank that comfortable rug out from under her.

Consequently, you will turn her perception of your relationship totally upside down.

What you need to do is call her sometime and invite her to hang out with you and some other friends.

This isn’t a date; your not picking her up; she’s just going to meet you someplace. Now that you have that set up you call several other friends – especially female friends – and ask them to be there too; just like you did her.

When the time comes and everyone is hanging out and having fun – and this is critical:

You divide your attention equally among everyone there.
You include the girl you are interested in, of course.

Now this is going to shock her and surprise her, maybe even on a subconscious level.

She may not so much think it; as feel it.
That’s what we want – for her to feel it.

She expected that she would get the same amount of attention that you always show her.

Being in this situation where you are treating her just like everyone else might just make her want more of your attention just like she has always had before.

Additionally, it might make her look at the relationship from a different perspective.
That is what we want.

Is she sees you interacting with everyone equally – and maybe even being just a little flirty with some of the other girls – she’s not going to feel quite so special anymore.

Here’s a proven fact about human nature that applies to almost everything:

We try to grab things with both hands and pull them back close as soon as we think they might be slipping away.

Scarcity sells everything better than anything else.
You will show her that the attention she gets from you might just be slipping away.

Give it a try; there’s nothing to lose.

Become one of the few guys who has successfully dealt with being Friend Zoned.