Home » Tips On Dating » Breaking Up 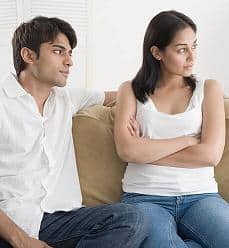 Breaking up is generally the worst part about having relationships.

But there’s really not much way around it, since most relationships don’t last forever.

Maybe after a lot of – probably emotional consideration – you have decided that you will be breaking up with your girl friend.

You can take comfort in the fact that if this girl isn’t one you can see yourself spending  a long time with – maybe even the rest of your life – then breaking up with her is exactly the right thing to do – for both of you.

At that point, the goal becomes getting it done as benignly as possible.

That means that breaking up is just the right thing to do.

Splitting Up: A Right Way & A Wrong Way

I want to talk about the “right way” of breaking up with a woman.

Doing it the wrong way can have negative results for both of you; and especially for her if you leave her feeling unwanted, unappreciated, unneeded or abandoned.

Acting like a callous jerk when you break up with a woman will cause her to be less trusting of men in general.

It might make her hesitant to let another guy – maybe even her perfect guy – get too close to her.

She may put up additional emotional barriers for a long time that might cause her to never hook up with the guy that she should really be with.

Breaking up like that makes you a real dickhead to her; and to every other guy who might meet her and want to start a relationship with her.

Do me and every other single guy a favor:

Don’t do it that way.

Another thing to remember is that you should always break up with a woman in person – face to face.

Not through an email or a text or a posting on Facebook; none of that spineless crap; do it like a man.

If you aren’t there in person you can’t try to control her emotions of acceptance or denial; you will only make it harder for her emotionally going forward.

Now the one exception to this is that if you have been in a relationship that both of you knew from the beginning was going to be temporary.

Because then, it worked out for both of you for a while.

It was comfortable and fun and easy; and then the time came to go different ways.

That isn’t so much breaking up as it is just moving on – like you both knew you eventually would.

A lot of people try to identify the “reason” for  breaking up when it’s probably a lot of reasons combined.

Some will say, “It’s my fault”; in reality it’s probably some yours and some hers.

But none of that matters because the simple reality is that the time has come for the relationship to end for whatever reasons.

Here are some classic reasons that people use for breaking up – you should never use any of them; and I’m going to tell you why: 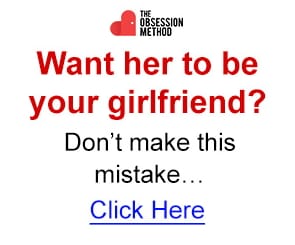 1) “I’m not ready for a relationship.”
This excuse really limits you.

What if you quickly meet a girl who seems perfect for you and start dating her? Your ex will find out and she will know she was lied to. This will cause her to lose her faith in you and maybe even men in general. She will start “backward engineering” the whole relationship and especially the breaking up part to try to figure out the real reason behind it. That certainly is not leaving her better than you found her.

2) “I need to concentrate on my career.”
This one is about as transparent as the one above.

Plus; what she may be hearing you say is that she is not supporting you in your career goals. That could cause some serious self worth issues. Again, try to leave them better than you found them.

3) “I just don’t want to be tied down.”
It’s not because you are tied down; it is who is tying you down.

Once again, a month or two later when you have a new girlfriend; do you think she will believe that your “tied down” situation has suddenly changed; or that you simply lied to her?

Nobody ever wants to feel that they have been lied to.

It leaves them wondering about the truth.

Naturally there are many other “reasons” that don’t make sense and don’t ring true that guys use to try to make breaking up easier on themselves and on the woman.

In a moment, I’m going to give you a list of things you can say to a woman when the time has come for breaking up.

Any or all of these things might be true in any given relationship; but first I want to touch upon something that I mentioned earlier:

Always break up in person.

Set aside a big amount of time for breaking up; don’t try to rush through it.

This will only leave her feeling rejected and unimportant to you; like she has been used.

If she’s not; and if a crap storm starts; well you are a man; so just be a man.

Weather it with grace under fire and don’t let it turn you emotional, vindictive or hurtful.

Such an emotional outburst on her part requires a lot of stamina.

But it can only last for so long (unless she is a mental triathlete) – and then she will settle down.

Take it slow, stay calm; try to leave her better than you found her.

Now on to what are no doubt some truthful reasons as to why you need are breaking up with her.

Even if these don’t encompass your real reason; they actually will make it easier for her to feel that you care for and accept her; and make her more accepting of the situation.

1) “We just aren’t perfect for each other.”
This is likely true on many levels.

Say that we only live once and that with every day that passes that we spend together; we have one less day to find and to spend time with the one who is perfect.

You should add that you think that she is phenomenal; you care for her dearly; that the guy who is perfect for her is one very lucky guy; and that you wish it was you; but it is not you.

This concept of “perfect for each other” is something that you should work into a conversation well before you actually plan to break up with her.

The earlier in the relationship the better – because it plants the seed in her mind and keeps her from being blindsided when the time comes.

2) “It’s not the right time for us to be together.”
Maybe you still have personal issues or growth to experience as an individual; or maybe she does; maybe you both do.

That doesn’t mean that you two are not a good match; just not so much right here and right now.

Timing is critical and both individuals have to be at “the right place” in their lives and in their minds and in their emotions for the relationship to truly be mutually beneficial and exclusive of others.

The timing of things is not your fault and it’s not her fault; it simply isn’t the right time; right now.

4) “Our lives are not headed in the same direction.”
This could be a logistical situation.

Let’s say that she is heading off to college or to work in far-away town or even to another state or country; and you are staying where you are for your job; a “long distance relationship”.

Let each other go and experience that and grow; don’t be selfish and try to deny that to each other or one to the other.

You never know what time will bring, you might be together again; and even more perfectly matched than before.

Relationships begin and end for many reasons; but once someone who is in a relationship realizes that it is not the “right” relationship; they should encourage each other to move on.

And they can do so in such a way as to not diminish the feelings of care, trust, attractiveness, desirability or self esteem of their partners. 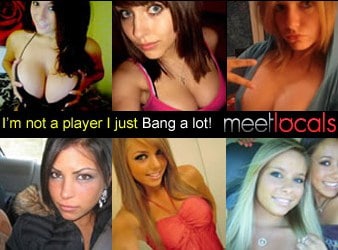 Breaking up is never fun or easy, but sometimes you just have to do it.

It’s the right thing for everyone involved.

But now you see that there are ways to do it that
increase the odds that it will go reasonably well.

We have a lot more tips on dating just as useful as that.

Check them out here: