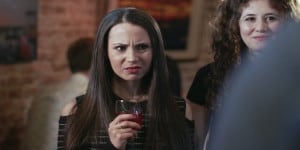 “Wow, you look great – I like that you make yourself look kind of plain”

Behold the “neg”, short for “negging”, derived from “negative”, apparently.

“The Neg” is the act of delivering an offhanded compliment or a criticism disguised as a compliment.

Now when it comes to attracting women, pretty much the last thing most guys would think to try would be an insult.

But negging uses a sort of “reverse psychology of attraction”.
Rather than attracting women through compliments or engaging them emotionally and creating rapport, it threatens their image of themselves as being attractive or desirable.

Sometimes with some women, this will make them try to win acceptance or attention from the person delivering the Neg.

But read on – the truth is that even if “attracted” isn’t the right word, the results can be stunningly effective.

The intent is to take someone off guard and make them feel the need to defend themselves. At the same time, you lower their self-esteem, confidence and self-image.

It’s a close relative of the Congruence Test that women often use on men.

It often works – but should you use it?

This is a hot topic in the “pick up artist” community and has been for some time. Most proponents suggest it as a tactic to use on really beautiful women. You know, the ones so pretty that the “average” guy would never have a chance with them.

How And Why It Works 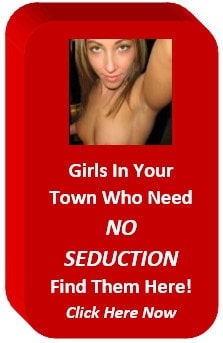 The idea is that women like that have been hearing all of their lives how beautiful they are. They hear how special they are, too. They have really high self-esteem and a high self-image.

The idea holds that because of their feelings of self-worth, they wouldn’t give the time of day to some average guy. By rattling that self-image in a rare and unexpected manner, you can make them actually seek your approval.

“You have beautiful hair – but you should lose the bangs”

“You’re cute – almost as cute as your friends”

Those are all examples of negs that guys might use. None of those are terribly mean – other negs can be.

According to proponents of the tactic, it should only be used on really, really attractive women.

They are the ones who are most likely to be sufficiently stunned by it to respond as desired.

Women who aren’t “super-model” pretty won’t respond as well to it, so they say. Their self-image supposedly isn’t so high as to make it a worthwhile ruse to begin with; the idea goes.

The belief is that women like that are only interested in guys who are super good looking or who are apparently wealthy.

For “regular” guys who are neither rich or super-handsome, they can raise their social value to her by doing something that will lower her own self-esteem. Furthermore, when used in conjunction with sexual framing; negging can become a very powerful tactic of seduction.

I suppose that’s a valid point of view.
Personally though, I like to approach girls – even super-hot ones – in a “smoother” fashion.

Well, the aim is to deliver the neg in such a way that it will have the desired psychological effect without getting the girl mad right out of the box.

There is a lot of discussion going on now about using negative comments disguised as compliments. Some people say that it is despicable trickery. Other people say that it’s a harmless way for average guys to capture attention and interest from girls who wouldn’t speak to them otherwise.

I say that it is a trick in a sense. But only in the same sense as when Best Buy or Old Navy has a sale that is “Today Only”. It’s a trick in the same way that a TV commercial says, “Order now – only one left!”.

Negging is a tactic that invokes a predetermined, desired psychological response.
It is simply making use of what we know about human nature.

though Get Laid Tonight is not a “PUA” site (Pick Up Artist) – I do spend a lot of time talking about different ways to speak directly to emotions. When you can bypass the logical mind and tap directly into feelings you have a really powerful tool at your disposal.

Usually, we discuss topics here that involve tapping directly into primal emotions. A girl must still consciously process a neg, so it’s not a subliminal tactic.

I have feelings toward negging that are, negative.

But I don’t think that using it is any more wrong or dishonest that offering a compliment just for the purpose of getting a good response.

We’re all grown up here. We have to recognize when our buttons are being pushed. Once we see that, it is completely up to us how we react to that attempted manipulation. whether it comes from a pick up artist or major retailer doesn’t matter.

Personally, I would not use negging. I believe in the old adage that, “if you can’t say something nice, then don’t say anything at all.”

But that’s just me, you have to decide for yourself.

All things considered, this tactic kind of reminds of people that I have worked with over the years who were lazy or incompetent. They couldn’t or wouldn’t perform their jobs in such a way as to make themselves look good. Instead, they focused on trying to make others look bad so that they looked less bad by comparison.

Use It With Caution

The Neg has been proven to work on both men and women when it is done with the right amount of subtlety. That is especially true when the neg happens to target something that is already a sensitive self-image issue. Something like weight, a skin blemish or some other “imperfection”, is likely to elicit a strong response when targeted in a neg.

You can read more about it on other web sites because this post is probably the only thing that I will ever have to say about it.

Use it at your own risk; or just try to talk to the girls nicely instead.

I still believe in the old saying that you can catch more flies with honey than with vinegar, not the other way around.

No Negs Needed – These Girls Are Ready!

There’s a lot of information and tips here at Get Laid Tonight that will
help you become better at hooking up with local girls.

Or just make you better at connecting with people for whatever kind
of relationship(s) you happen to be looking for.

We have so much info and so many tips on dating that we’ve created a
whole series of articles in addition to the one you’ve just read.

You can see them all here: