Many guys are interested in having a friends with benefits relationship.

I hear about that a lot – maybe you are one of those guys.

You have landed in the right place if so.

A friends with benefits relationship has advantages.

But everybody involved has to be in a spot in their lives where such an arrangement is a good fit.

Ideally, it needs to be something that’s not going to ruin the friendship once the FWB arrangement runs it’s course.

And it will end eventually, hopefully well.

Additionally, everybody has to be beyond the point where jealousy might sneak into the picture.

What Is Friends With Benefits?

One of the great things about friends with benefits is that well; you have the benefits, but without having any kind of real obligations to go along with them.

Now for the rest of this article; we’re just going to talk about your average, every-day kind of friends with benefits, alternative relationship arrangement.

They can be a little tricky to find.

Consequently, I’m not even going to get into the ultimate  FWB arrangement – finding a young, female, bi-sexual nymphomaniac who owns a bar.

That’s the stuff of fantasy, we’re dealing with reality here.

Now I would not be doing this subject justice if I failed to mention an often great and willing demographic that fits perfectly into the candidate pool for an FWB arrangement:

There’s a lot of info on this site about dating older women, and it’s no lie that meeting some Cougars or Pumas can lay the groundwork for a great FWB experience.

As to how to arrange a friends with benefits situation; it’s really not much different than a one-time hookup.

But with the exception that it’s not usually just once – you’re friends, after all.

You tend to see each other whenever the need arises.

You’ll probably also hang out with other friends who may or may not know about your arrangement.

But as you might expect, a friends with benefits arrangement can be a tricky sort of relationship.

Can Friends With Benefits Work?

If there’s a girl that you see from time to time, and you’re occasionally having sex; that does not qualify as an actual “arrangement”.

It’s a promising situation, and she is a really good prospect for sure.

But there has to be an open discussion about the real nature of the relationship – and where it might go – before you can feel confident that you have an actual friend with benefits.

Assumptions otherwise can lead to a lot of problems down the line. And that can ruin a pretty good relationship; and a pretty good friendship.

Rules Of The Road

Also, it has to work for both of you.

Otherwise, it won’t last for long; and it will not be mutually beneficial or satisfying.

Now there is always the possibility that starting this kind of arrangement with someone you are already close to can end badly.

It can ruin the friendship.

But if you approach it the right way, and you have that honest discussion about the “rules” and what to expect; the odds of it going bad are much less.

You may just find that she – like a lot of people – would really like to have someone to call on for sex too; without dealing with the constraints of a relationship.

But you need to have an understanding on how a lot of women view these arrangements too, it’s not always as simple as guys might want it to be.

But you both have to keep a close watch on your feelings about the arrangement. It’s not uncommon for jealousy or emotional attachments to start developing. Those things can be the death-knell for a good arrangement.

But how do you find the right girl?

Because of the similarities between hookup partners and friends with benefits, it really makes sense to look for potential partners who are initially just looking for a hookup.

Then let that turn into more of an ongoing FWB-type relationship if the fit is right.

Using a local dating site or personals ads can work pretty well, both of you are already interested in hooking up, it’s just a matter of deciding to do it on a semi-regular basis. 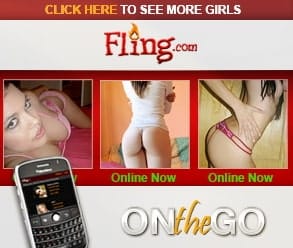 If a “friend with benefits” isn’t what you want, how about some “no strings dating”?

Maybe finding women who want to be seduced, then?

Whatever you’re looking for, we’ve got your “how to” guide.