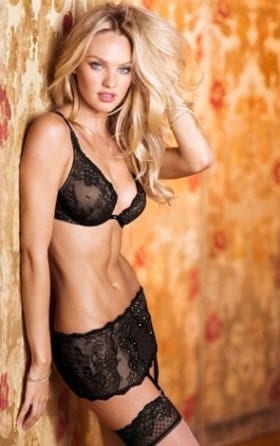 If you want to know how to get a girlfriend, or just a date with a woman you have just met at a club, the gym or maybe even the grocery store; you need to be aware of a few common mistakes men make with women when they first meet someone new.

Any one of these mistakes can shoot you down; let alone making more than one of them in the same encounter. But you can lean how recognize and avoid the mistakes men make with women. Women are very shrewd creatures and most of them really aren’t too desperate to get a date or find a new boyfriend; because well; it’s not that hard for them unless they are just extremely shy or have self confidence issues.

This is especially true of very beautiful women; even if they have a wonderful “girl next door” personality; they still know that most men find them attractive and want to be with them; and that other women find them attractive (and maybe a threat) too. The other women might not want to “be with them”; but they sure as heck envy some of their physical qualities and wish that they shared them. Failure to recognize this fact of human nature is just another of the mistakes men make with women.

Here’s a funny thing I noticed several years ago. I spent a lot of time in the gym; there were a lot of guys and ladies who worked out there pretty much every day; you’d see the same faces; and some seriously beautiful women. When I was working out, I never noticed the other guys or paid any attention to what they were doing and I’m sure they didn’t pay any to me; but I did notice that the women weren’t quite so disinterested in the other women.
Countless times I’ve seen perfectly lovely young women who were working out; and Lo and Behold; another woman entered that space; and especially if she was hot; and more especially if she was a new face; almost every female head turned in her direction; and their eyes followed her every move; sometimes I even thought I could see “daggers” in their eyes.
You know the old saying, “If looks could kill.”

The point of this is that women judge their perceived or imagined competition; and they sometimes judge us based upon their feelings of how well we might do if we were talking to their competition instead of to them.

Many women are extremely good at reading “body language”; those silent signals that we and they convey to each other without even realizing that we are doing it. They read some of these signals on an intellectual level – they see it and cogently know what it means to them; but many of these signals are interpreted on an emotional level that is not “thought” so much as “felt.” They don’t intellectually “interpret” them; they just happen and result in an emotional feeling. So in light of all that, let’s talk a little more about the mistakes men make with women when we meet a new woman and are looking for a date; or even a new girlfriend.

If we get through those tests, we enter into the next step of forming a relationship, and many guys get tripped up here because they make these mistakes:

1) Being “Needy”. I used to think that being needy was the same as being “whiny”; an “Oh, so poor is me” type of attitude; and that sort of thing is certainly a major turn off to many women (and just about everyone else); because many women want a man who is confident in his masculinity; because as a mate; his self confidence will enable her to be the more feminine creature that she probably is at heart; even if not on the surface. This seems to be ever more so with single mothers. No, being needy is demonstrating that you have a desired end result from the very beginning of the relationship; whether that is a Mother Figure; or a new girlfriend – that is being “Needy”; demonstrating up front that you have a desired and intended result that she can’t know or understand at first. Most women who have children aren’t looking to raise any more; especially in the form of a boyfriend. Coming off as needy is one of the worst mistakes men make with women.

2) You display too much “positive” body language when you first meet her. Remember; many women are good at deciphering body language whether they do it consciously or subconsciously. I’d rather have my “silent signals” interpreted consciously because that just gives them something to think about; anything else just results in subconscious feelings, emotional thought and predetermined and unproven opinions. You can only make one good “first impression”; they say.

So how do we send the right silent signals and avoid the mistakes men make with women? If you are sitting across the table from a new date or girlfriend prospect; and you turn your full face and body toward her; it creates the perception that you are just too interested in her; which might make her feel that you consider your prospects with the other ladies somewhat limited. Sit with your body at an angle to hers; turn your stare; your head; every minute or two and focus on another woman for a few seconds; then back to her. Always wear a smile during these conversations; then just carry on with the conversation as if nothing negative had never occurred. Your options are open; and she will think and feel that you have other options.

3) You don’t touch enough! I’ve covered this before; many people in the States just do not often give a quick, casual touch from time to time – just a quick friendly touch to the hand or the arm or the shoulder; a quick touch; don’t let your hand linger at this stage; most people enjoy that; but many of us here in the States find that “intrusive”; or fear that the woman will find it so; but have you ever noticed that our girls are fond of French or Italian gentlemen who do exactly that!
Touch her; touch her fairly often; unless she tells you not to or seems to pull away. This eliminates the “physical gap” between you from the very beginning. Failure to do this is one of the biggest mistakes men make with women and one that often lands them in the dreaded “Friend Zone.”

You can learn a lot more about the mistakes men make with women by clicking on the banner below; it is really good stuff about knowing how to be more successful with women – on your own terms!

I hope this article provided some useful information; do check back for more; I update often. Thanks for reading; I hope this will help you avoid the mistakes men make with women.

What if I told you that when it comes to success with women, there’s no luck needed? 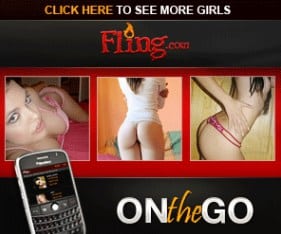