Today I want to discuss a subject that should interest every guy who wants to be more successful with women – sexual escalation.

You know what it is even if you’ve never heard the term before. Some guys and pick up artists refer to it as “game”. What it all boils down to is using a variety of tactics to turn a casual encounter away from just being casual and putting it on the way to being a sexual encounter.

Used hand in conjunction with sexual framing – this is the one-two combination that will lower the sexual inhibitions of many women with an ease that you simply will not believe.

Ideally, you will be able to incorporate techniques specifically intended to fast track the sexuality of a situation with the other techniques outlined on this site to create the perfect storm of attraction and arousal and sexual escalation.

If you haven’t read some of my stuff about how to approach women and start the process of building attraction and arousal; you can see that here.

Combining those tips and tactics with what we are about to discuss will put you well on the way to her place or yours.

So we need to get started:

First, I want to mention that there is more than one way to work exercises in sexual escalation; most commonly they are what I call:

The Power Of Emotional Contagion

Part of this whole process also depends upon using the principle of emotional contagion. Simply explained – we humans have a tendency to sense what those around us are feeling and to also – at least to a degree – start feeling those same things ourselves. It doesn’t matter if it is feelings of sadness or joy or anger. We tend to pick up on and share the feelings of others. The same fact applies to feelings of sexual arousal. Emotional Contagion is what really makes this work; and makes it work so very, very well.

Today, we are going to focus on aggressive sexual escalation, but first I need to give you a word of warning:

You have to keep your finger on the pulse of this thing. If you sense that you might be moving so fast that she is going to pull back or get put off; you will want to scale it back and give the passive techniques a little time to work their magic; or just move on to another girl.

Obviously, before you can start escalating the sexuality of the situation; you have to be in a situation; meaning that you must have approached a woman and started a conversation.

During the course of that conversation, as the rapport starts to build; you are going to use four powerful elements of sexual escalation: 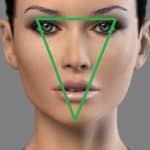 But when she is talking you’ll want to use what I call triangulation – you will let your gaze wander in a triangle type of pattern – focus briefly on her left eye, then briefly on her right; then shift your gaze to her mouth as she speaks. Watch her lips as she talks; notice the way her tongue changes shape as she forms her words; then start the process over by shifting your gaze back to her eyes.

This is a very powerful subliminal technique and it is one of the silent signals of arousal that you can send which she will feel without ever even noticing what you are doing.

It can be a little difficult for some guys to do this; especially the fixed gaze part. Some feel a little uncomfortable with it at first. Just force it a few times and before long not only will you be comfortable with it; you will start having fun with it.

Holding eye contact with a woman conveys a sense of confidence. Depending upon the woman, it will most likely result in her either displaying some submissive behavior, or giving it right back and showing that she is meeting you as an equal.

This is done in a couple of different ways; we can divide them into speech; and proximity.

Silence can be used to create a lot of anticipation and sexual tension during a conversation. Say for instance that you’ve suggested going somewhere else; a quieter or more private place and she says, “I’m not sure”, or something like that. A lot of guys at that point are going to say something to dismiss the idea and take the pressure off of her. Don’t do it – just stare into her eyes and wait for her to say something else. A lot of times, she is going to say, “OK, but just for a little while”; or something like that.

Pauses can also be used to add a lot of anticipation and sexual tension to a conversation. Just pause at key moments before you complete a sentence; you can literally have her sitting on the edge of her seat waiting to hear what comes next.

Using proximity is just another way of saying that you should get really close to her from the moment you start talking to her. Too many guys kind of hold back here and wait for a sign or a signal that it is OK to get close. That is as big a mistake as not touching her enough from the get go.

You want to be practically touching her from the very beginning – you want her to feel your body heat.

We need to reverse that lifetime of training and we need to do it fast so that she will be comfortable just going with the sexualization of the moment.

“You seem like a girl who likes to have fun; I bet you are open to all kinds of crazy experiences”. Or maybe, “You seem pretty open and aggressive – I like a woman who goes after what she wants”. Those are two examples of setting the bar – sexually framing her – on her behavior so that she will recognize that anything and everything she feels like doing is perfectly OK and acceptable.

If you fail to do this; she will most likely feel compelled to behave in the proper lady-like fashion that she has been trained to do. You have to show her that not only is it OK to kick that to the side – you encourage it!

Like I’ve said before on the other pages of this site – if you don’t start touching a woman from the moment that you first meet her; you are screwing up and setting yourself up to be “friend zoned“. Just the fact that you are carrying on a conversation with her is going to pretty much close that emotional divide and start the process of building rapport and attraction. The only way to close that physical gap is through touch. The sooner you touch her and the more you touch her, the faster she will become comfortable with your touch.

But keep it semi-casual at first:
A tap to the back of the hand, or a pat on the arm is all it takes to put you in her space and start creating a sense of comfort with your touch.

Take her hand and squeeze it, touch her hair while you are talking to her; keep her so close to you that your bodies are in contact almost constantly; and occasionally lean over to her and whisper in her ear; even if there’s no real need to do so – you are just keeping her close and getting closer.

Meet Girls In Your Town Tonight – No Seduction Needed!

Back to:
Get Laid Tonight Home