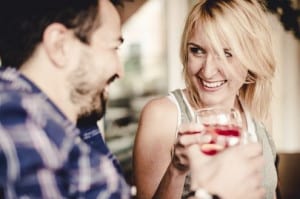 Create rapport meaning:
To build enhanced feelings of comfort, familiarity and trust.
To form a close relationship in which people involved understand each other’s feelings and emotions.

This post is a guide to creating rapport with women for friendship or seduction.

Most guys try to be logical when they talk to women.

They approach any given subject in an analytical fashion and break it down into its parts.

Most don’t deliberately engage in conversations that create rapport with women. Many fail to consciously get the girl emotionally invested in the conversation. That is just because they think like guys and they talk like guys, talking to other guys.

Even if they are talking to women.

Even if they are talking to women that they just met.

Knowing this is one of the most useful tips for talking to women that you will ever get.
There are a lot more, just check out the Get Laid Tonight Blog to see them.
If you want to know how to get laid – get busy checking them out.

They also try – like guys – to analyze everything that they are thinking about saying to see if it will be cool enough or clever enough. They try to say things that will impress the girl.

It’s Not All About Your Interests

So what’s a better alternative if you want to create rapport quickly?

The first thing to understand is that you shouldn’t be trying to say things just to impress her.

She’s going to see through that.

Your tone of voice, your body language and your lack of excitement about what you say will expose your game. She’ll be impressed alright – but not in a good way.

It’s called “supplication” – you may have heard it called “kissing ass”.
You’re trying to impress her by trying to be cool and witty, and you’re going to come off as being needy and desperate for her attention.

You might as well just drop to your knees and beg, “Please! Like me and talk to me!”

That’s a big red flag to any woman and it will derail any efforts to create rapport.

On top of that; until you get her emotionally invested in the conversation; you need to lead it and own it. At the same time, you don’t want to carry on in the point-by-point methodical way that you would with another guy. And obviously, you want to avoid talking about your own “qualities”. Additionally, you should avoid talking about subjects like the money you make, the car you drive, or being successful with women.

But jump around and mix up the topics.

Why would you do that?

Because it is the exact opposite of trying to say things just to impress her. And it damned sure shows that you aren’t the type to engage in negging. It also shows that you’re perfectly comfortable and confident just throwing things out there with a little zeal and passion. It shows that you don’t care about making her think you’re some cool and clever guy.

In most instances – after just a little while – she’s going to start thinking that you must be a pretty cool and clever and interesting guy.

Funny how that works, and it does work that way.

However, if you do find yourself kind of “locking up” conversationally – running out of things to say – here are a few topics that always go over well with many women. They have the added benefit of being able to get her emotionally or intellectually stimulated too. It’s proven – when people talk and think about things that have meaning to them; they begin to experience some of the feelings things those things trigger:

And then you can – and at some point should – get her to talk a little about herself.

Most people have no problem talking about themselves – especially when they’re talking to someone who is attentive and showing genuine interest.

It’s About Her Interests, Feelings & Experiences

However, note that I said genuine interest.

That’s why you don’t want to rattle off 10 quick questions to get her started talking about herself; and then settle for quick answers.

But don’t just ask one question, get one answer and then move on – demonstrate that genuine interest. Get her invested in the conversation to better create rapport.
Remember – rapport is a feeling of shared interests and a sense of familiarity and comfort.

For example – if you ask about her work and she says that she’s a Social Worker, then ask for more; like:

But no matter if you asked about her occupation or her favorite movie – drill down and ask more – get her to say (and feel) more about something that is a part of her core.

But then, always know this:

The conversation is creating a level of comfort between you on a psychological level. It’s creating rapport – a feeling of emotional ease and familiarity between you.

It bridges a “gap” that always exists between two people who have just met. But the problem is that the “gap” exists in two different aspects – emotional and physical.

Additionally, each one is eliminated in a different way, but you must eliminate them.

The emotional gap starts to close as the conversation goes on and the rapport begins to build. But that does nothing to close the physical gap. You must close that too in order to progress from having a great conversation with a new friend, to having one with a potential lover.

And the only way to close it and create the same kind of comfort on a physical level that you now have emotionally; is through touch.

You have to use casual touch.

Because from the moment that you first meet and start talking, you need to very casually and nonchalantly touch her often or you will likely fail.

No lingering touch and no stroking – just use a quick tap or touch on the shoulder or the back of the hand. Do it like you are expressing yourself with your hands – emphasizing your words or accenting your point.

As you create rapport, the emotional comfort grows through talking, the physical comfort will grow through touching; and you will have set the stage for an emotionally charged, all-in physical relationship. 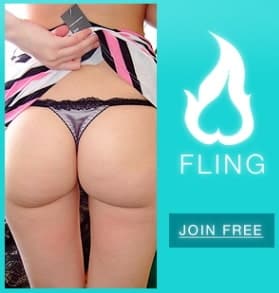 No Rapport – No Strings – Hookup Here!