Home » Blog » How To Approach A Girl

Today, I’m here to share some good news about how to approach a girl.

Right now is the best time ever in the last ten years to approach attractive women in public.

Let me explain why.

And let me also explain how this is a major opportunity for you to easily pick up more girls and improve your dating success rate:

The Rise Of The Apps

We all know that dating apps and online dating has surged in recent years.
That has resulted in more and more people using apps and sites exclusively for meeting strangers.

That means that far fewer guys are using the “cold approach”.
That’s where they just walk up and start talking to a woman in public. 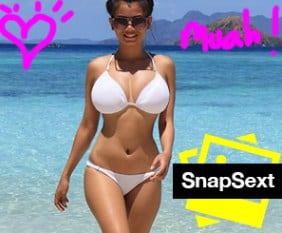 A lot of guys have become so used to apps that it’s almost like they don’t remember how to approach a girl.

It’s like they’re afraid of rejection or bad luck on the approach.

At the same time, a lot of people have developed “dating app fatigue”.
They are connecting to some extent with a lot more people.

But they are not getting good results with the people that they meet.
placeholder
They are getting tired of “quantity over quality”.

But there is another problem with the people met through apps:
Oftentimes, they just aren’t who they appeared to be in their profiles or introductory contacts.

That leads to disappointment.
That leads to a lot of time being wasted, too.
When you’re focused on how to get lucky with an attractive girl, dead ends and wasted time are not what you want.

Be proactive in trying to meet quality dating partners.

Sometimes, the best way to meet a girl is the old-fashioned way.

Now a lot of attractive women say that before the rise of the apps; guys frequently approached them in public.
These days, it doesn’t happen nearly as much as it used to.

As a result – when you – approach a girl in a non-creepy way, she might actually find it a  refreshing change from the app experience. She might also find it a little flattering that she caught your eye.

She might also put you into a class by yourself. You have set yourself apart from the other guys – because of your one-on-one, face-to-face approach.

That approach has become a bit of a rarity, after all because most guys just don’t try to connect with girls in public anymore; which is a big mistake on their part.

Now there are a couple of key elements to doing this the right way. The last things you want to do are alarm the girl or come off as some kind of creepy stranger. Face it – if she feels alarmed or threatened or stalked, it is over. If she feels a “creepy” vibe, you’re done.

How To Approach Girls Casually

Here are a few tips – and yeah, most of these are provided by women:

So what’s old really is new again; especially when it comes to how to approach a girl.

It used to be that approaching girls in public was one of the only ways to meet besides being introduced through friends.

The Failure Of The Apps 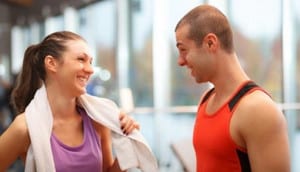 The apps changed all of that. Today, very few people today take the time to actually write a letter and mail it. And very few guys just walk up to girls in public and start a conversation.

It’s not a “lost art”; but many guys forgo the approach in favor of some app.

And that presents you with an opportunity to look like one in a million.

It also gives you a little instant gratification. You don’t have to wait for a swipe or a like or some response to flow in from an unseen universe. It’s all here and now, face to face, it’s real time.

Hopefully, you see now what a great chance this is for you to meet new girls.
Obviously, every trip to the grocery store, to the gym or to any other public place will open the door to meeting someone new.

Now some guys have a little trouble with the “cold approach”. Here are a few ways to deal with that – read about overcoming approach anxiety here.

Now that we have been given some tips on what not to do, here are a few on what you should do:

The bottom line is this:

A lot of girls who used to get approached in public all the time, rarely do now.
Those girls were perfectly fine with that as the app craze grew and they used the apps too.

But now, some “app fatigue” has started creeping in and they are less interested in meeting people that way.
At the same time, many guys have not developed that app fatigue. So they have not adjusted their tactics and started approaching women in public.

Knowing when or how to approach a girl is a lot easier when you know that.

A lot of girls like that cold approach, but you must do it in a casual and comfortable way. A way that doesn’t make them feel threatened or insecure or creeped out.

So; put the phones down guys – she is right over there right here and right now.

Walk over and just say, “Hi” – it’s how to approach a girl after all.

Leave a comment, let us know what you think.