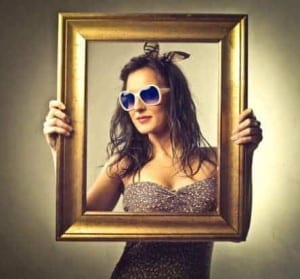 What is sexual framing?

Sexual framing is the act of injecting sexuality and an expectation of sex into a new relationship in ways that make it okay.

Consequently, it’s really just a way to sexualize your interaction with someone and steer things toward a sexual encounter or relationship. 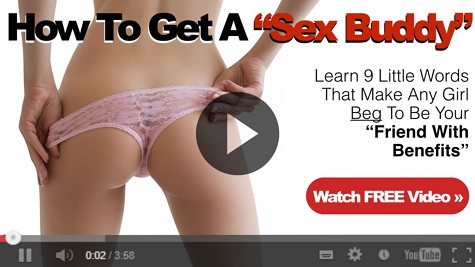 It can be combined with other tactics of seduction such as strategic negative comments (“negging”) and casual touch to steer an interaction towards sexual intimacy when that might not be likely otherwise.

Just as women use hidden psychological ploys to evaluate guys, we can leverage hard-wired instincts to create an expectation of a physical relationship.

It acts on both emotional and psychological levels to:

But stay with me for just a few minutes here and your seduction skills – and your success rate with casual dating – are about to take on Jedi proportions.

The Importance of Sexual Framing

If there is a single technique of seduction that can be called a “magical trigger”, it is the calculated art of sexual framing.

If you have never heard of sexual framing or tried to deliberately use it, know this:

You are already using it with everything that you say and do.

The question is this:

Sexual framing consists of establishing the premise, and then getting agreement that the premise is OK:

Consequently, by using it; you can create acceptance that sex is perfectly natural, normal and acceptable – even with someone who you have just met.

You can then escalate that and affirm that the in-born motivation to have sex is also natural and OK.

You can remove any inhibitions that person might feel about having sex; even with someone that they just met.

Before we get into the specifics, let’s talk about frames or framing in general:

A frame is nothing more than the way that something is perceived.

If your long-term girlfriend breaks up with you; you might look at that in one of these two ways:

It’s the same situation; but we view it differently.

The viewpoint creates either a perception that is negative, or makes it a very positive thing – it is all in the way it is framed.

Sexual framing puts a positive emotional and psychological spin on having a sexual liaison.

There are several elements to setting the sexual frame:

Part of it is planting the seeds of acceptance and getting agreement with the idea that sex is OK. Part of it is overcoming all of the (possibly many) objections that your partner-in-waiting might have.

Now in most instances people already have notions or beliefs about sexuality. Sexual framing might involve first overcoming those already held ideas before creating new ones.

There are two types of preexisting frames concerning sexuality:

Additionally; they can be accepted and liked.
Or, if they have been imposed, they may be disliked.

Especially if she dislikes them.

If they cause someone to deny a natural desire or inclination, you can beat them.

Internal frames resist change. They can be quite another matter since they are deeply ingrained.

She feels constrained by an external frame.

Maybe it stems from her upbringing or from her peers.

That frame dictates that casual sex is bad.

Let’s further say that she dislikes that frame because she sometimes feels strong sexual attraction or arousal.

You overcome her frame with one of your own making. You validate and normalize her repressed feelings. It is generally not too difficult.

In fact, she is likely just waiting, and maybe hoping; that you will do exactly that.

Internal frames – especially if they are self-imposed and willingly embraced (liked) can be virtually impossible to overcome.

They are at the emotional and psychological core of who this person is and how they view life and morality.

You would have to bring about a fundamental personality shift in order to tear that wall down.

It occurs to me that you could also just try to ply her with alcohol, but we’re not going there today – no challenge in that!

Why The Need For Sexual Framing?

Many women believe that casual sex is bad.

She risks judgement by society and by her peers for her actions.

A big part of framing her involves confidentiality.

You convince her of this: nobody will judge her for anything because it stays just between the two of you.

This is a story that frames your relationship as private and confidential, and that can be important.

Instead of just telling her that you won’t blab to your friends (or hers) about hooking up, do this:

Relate a story about how you connected with someone once and the next day all of her friends knew about it.

“That seemed really stupid and childish and made me regret the whole thing”, you might say.

She will forget about being judged after that.

On top of that, a lot of people think that sex is “special” because they’ve been conditioned that way.

Some have even been conditioned to think that it is wrong unless you are “in love’; or married. In that case, you want to set a frame that says:

It is just something that happens sometimes between people.
Casual sex or fast sex is something that might happen more often between adventurous people and people who know what they want.

Say that you don’t understand people who think that sex is our reason for living.

You also don’t understand people who think it is something “wrong” or indecent. It is just a part of being alive, and when the desire or the emotional connection is there; it just makes perfect sense.

If you get an agreement from her here – a positive nod of the head or a positive comment – you have just turned the corner.

Identify her frame for her:

“I can tell that you are the impulsive type”.
“It’s clear that you go after whatever you want”.

Can you see what those statements do?

When we like or admire someone even a little; we want to live up to their expectations.

So this is a matter of setting the expectation that she will go for it if she wants it even a little.

Here’s an important note on identifying her frame:

Give her a reason for the way you have identified her.
You can say that it’s body language – the way she holds her head and shoulders; just give a reason to validate the frame.

Additionally, here is another interesting fact about the way we’re wired:
Most people can sense your moods and feelings. Not only will they sense them – they will start to feel them too.

Think about that – it’s called Emotional Contagion.
What if you could couple sexual framing with emotional contagion to create a perfect storm of sexual desire?

You can, just like flipping a switch – see how here.

Sometimes however, even the best laid frames meet resistance, and in that case:

So what if you set a frame and she disagrees with it?

Pretend that you never even heard it and carry on the conversation.

Additionally, don’t debate her point of view or yours. That will only reinforce her disagreement. Just carry on – she knows what you think and you have set the stage for sex to be OK once she decides she wants it.

It is all about freedom and desire:

Women do not have it as easy as men when it comes to sex and relationships because of several factors:

Their friends will judge them.

Through sexual framing, you establish that:

You remove the external rules about sex imposed by others as well as many of the internal rules she might place on herself through a process of sexual escalation.

Consequently, you make fast sex OK, acceptable and desirable; and she is going to love you for it; or maybe at least bang you senseless.

Here’s some great info about getting into her head in ways that will make you feel like a Jedi – to use it tonight, just click here.

Back to:
Seduce Women